It's snowing, hows your insurance? 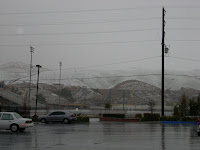 It's snowing here in Yucaipa and that is pretty rare for us to have it stick. 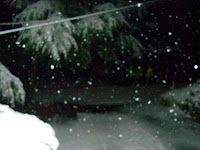 So what about your insurance? If a tree, overburdened by snow, dropped a limb on your roof and damaged it you would be covered, even if it fell on a car parked in front of your home or on your neighbor’s property.

If you were in a car accident, you would be covered too.

What about when the snow melts? Do you live near a mountain side, a creek, or a low lying area? What if water, mud and other debris flow into your house?

You would most likely have little if any coverage.

Why? Because that is the definition a flood. Water flowing into your dwelling from outside, then receding or flowing back out. Homeowner’s policies do not cover flood and in California earthquake damage is also excluded. You have to buy these two policies separately in addition to your homeowners insurance.

But you are not worried. Your realtor would have told you if you were in a flood area, right? Certainly your lender would require flood insurance if you needed it, wouldn't they?

Ask the people of New Orleans. Many lenders did not require flood insurance on homes that were in a flood plain. Insurance carriers like State Farm and Allstate blamed as much damage as they could on flood waters so that they could avoid paying out.

Also, with revised flood maps, many homeowners are getting letters from their lenders saying they need flood insurance now when they have not required it in the last 5, 10 or 20 years. Adding to the anxiety is they very definition of a flood. Look at it again. It's says any water, debris, etc. flowing into a structure from outside. It does not define a cause. You could have a broken water main up the street, a fire hydrant get hit by a car, and you have a flood.

It's worth checking with your agent or your county flood control office to see what type of flood zone you are in and the decide if you want or need flood insurance. Many of us will be just fine with out it. But be aware of what your homeowner’s policy covers and what it does not. 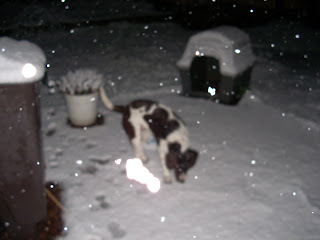 New Flood Maps Causing Water on The Brain for some Homeowners and Realtors.

Since 2003, FEMA has been updating many of the nations flood maps. The maps for San Bernardino, Riverside, Los Angeles, Orange, and Ventura counties have all been updated in 2009.

The result of this is that some properties that were not in a flood area under the old maps are now in a flood zone.

In some areas, local governments are stepping in and ordering detailed studies from local surveyors to challenge the maps. There are also private groups forming to protest the updated maps. In some areas and in some circumstances, the new maps may have been created based on inaccurate information. But just because the house next door is classified as no longer being in a flood zone, yours may still be in a flood zone according to the new maps.

Why would FEMA update their maps now? Well, the maps in some areas were at least 40 years old according to the LA Times. There has been construction of storm drain systems, flood control channels and dams in some areas along with the construction of new homes and shopping centers. All of these things affect the way water flows over the landscape of an area. Another troubling factor has been that in areas where there are levies, the levies are old, poorly maintained and have actually been de-certified since their effectiveness in a major storm is questionable and they could fail just as the levies in New Orleans failed in 2005.

Why didn’t your Realtor tell you about this? Most of them are not yet aware of the changes. Another thing is that when you bought the property, the old maps were in use and it may have shown as not being in a flood zone at that time.

If you are affected by these changes, you can contact the County Flood Control office.

You can also check your flood zone at http:/msc.fema.gov or call us for a flood determination.
Posted by Jim at 10:52 AM No comments: